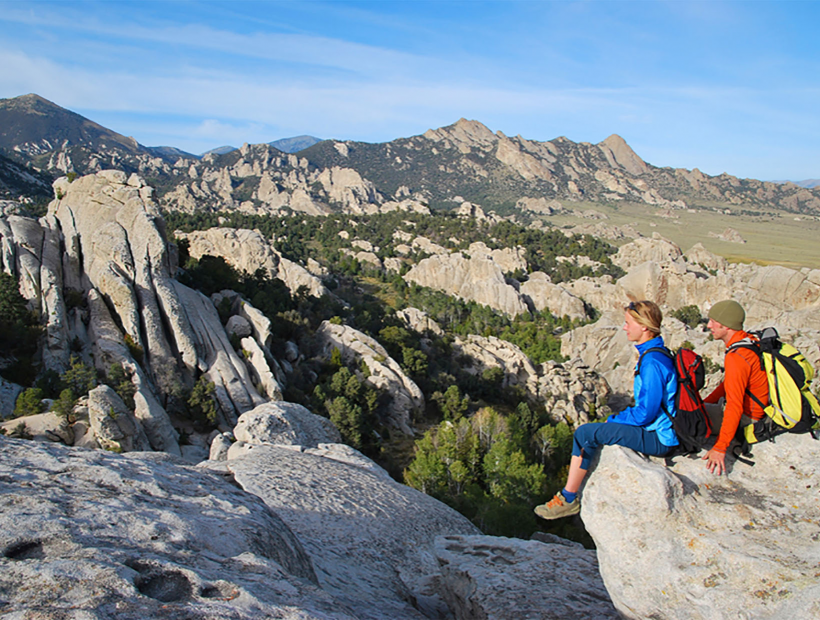 Travel nursing jobs in Idaho offer a lot more than those “famous potatoes” you may have heard about. Idaho is an outdoor lover’s paradise, with sunny, blue-sky days perfect for hiking, mountain biking, skiing, snowboarding, fly fishing and whitewater rafting. In fact, Idaho has more than 20,000 skiable acres and the most whitewater in the lower 48 states. Prefer a more cosmopolitan experience? Idaho’s largest cities like Boise, Meridian and Twin Falls have plenty of shopping, dining, culture and nightlife. View our available Idaho travel nursing jobs below.

Travel Nurse Across America is the travel nursing agency for you – in Idaho and across the country! We offer competitive travel nursing pay, excellent benefits and personal service to each of our nurses.

In a Natural State

People may envision Idaho as a bucolic state with fields of potatoes stretching across the flat Snake River plain. They could add cattle, sheep, or miners to the scene as well. Loggers in Idaho’s mountain forests might hew their way into this mental sketch, appearing alongside the fruit orchards and vineyards of southwestern Idaho, or the golden wheat fields of the northern region.

To complete the picture, stand these images against the backdrop of the state’s wilderness – its azure lakes, striking peaks, startlingly fresh lava flows, and white water rivers. 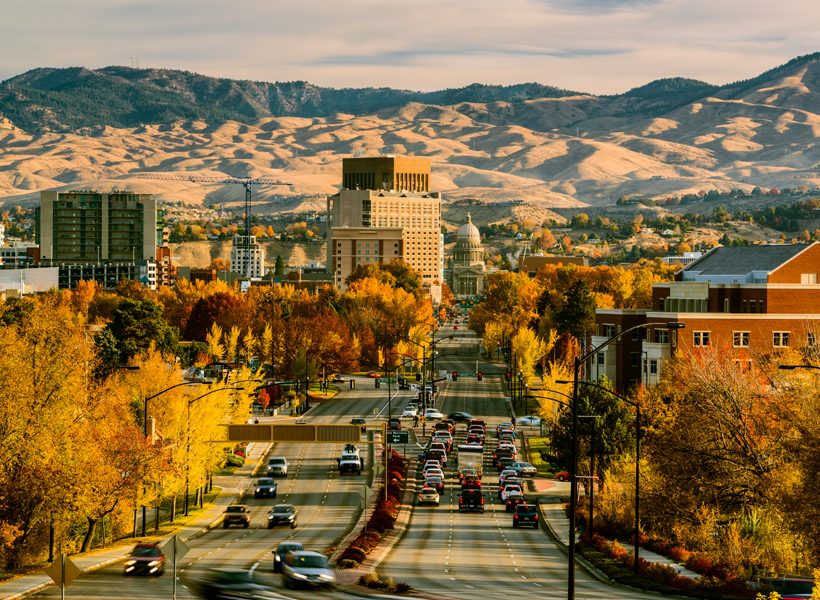 Wilderness is plentiful in Idaho. Six federally designated wilderness areas encompass 4 million acres of the state. One of these, the 2.3-million-acre Frank Church River of No Return Wilderness, is the largest such preserve in the lower 48 states.

Idaho’s indigenous peoples, the Nez Perc in the north and the Shoshone and Bannock in the southern desert, had a flourishing culture for thousands of years, with the first people arriving between 11,000 and 15,000 years ago. 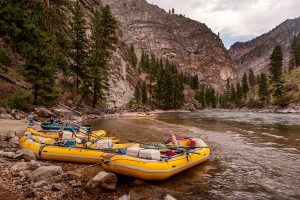 Dimples in the earth along Idaho’s major rivers mark where pit houses once sheltered the hearths of these early inhabitants. More impressive are the pictographs, or rock paintings, and petroglyphs, or rock carvings, scattered across the state. Some images recount hunting expeditions, showing buffalo, bighorn sheep, or other prey, and others depict unique beings.

One of the most impressive displays of rock art is at Buffalo Eddy along the Idaho shoreline of the Snake River, south of Lewiston. Pittsburg Landing in the Hells Canyon National Recreation Area also has wonderful petroglyphs. Another group of drawings adorns the Bruneau River Canyon near Hot Creek, and hundreds of other sites with drawings exist along the Salmon and Snake rivers.

The northern two-thirds of Idaho has some of the most rugged terrain of the Rocky Mountain system. Relatively few people live in the northern Idaho wilderness, which means quiet traveling for those who venture into wildlife territory. Back in town, you may find wildlife visiting human habitat as well. Even some of the state’s larger towns occasionally receive a visit from moose and bear.

South of Boise, the Snake River Plain sways in a graceful arc through southern Idaho. Fields of potatoes grow in the rich soil of the plain, as well as great patches of sagebrush desert. In both the southeastern and southwestern corners of the state, the land rises again out of the plain and the sagebrush shares the landscape with greasewood and saltbrush. Anglers come to the Snake River to reel in huge native sturgeon.