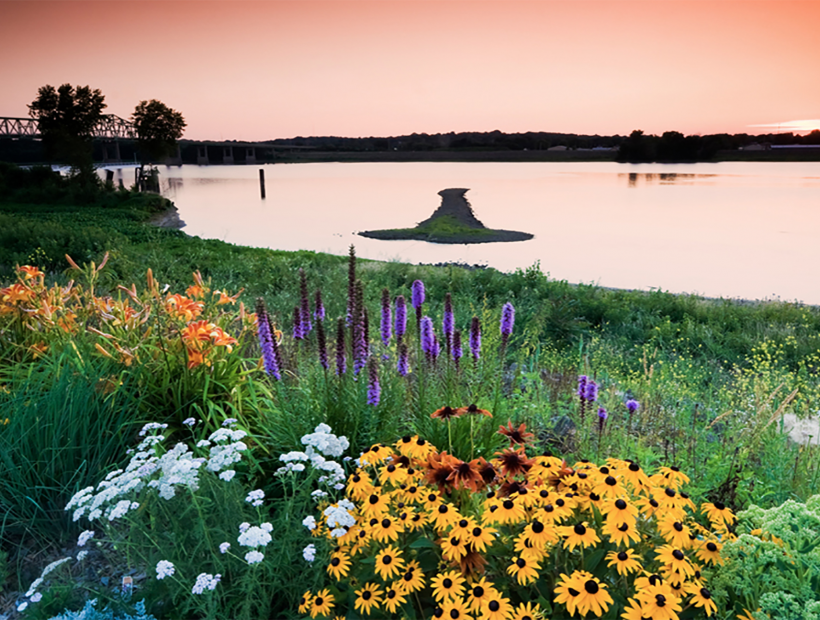 Travel nursing jobs in Iowa let you enjoy a true Midwestern experience. From quirky roadside attractions, like the world’s largest corn stalk, to carefully planned pedestrian trails and auto tours, there is plenty to explore in The Hawkeye State. Get in touch with the sources of your food supply at one of Iowa’s many farms, where you can pick your own produce or take a hayride through the tranquil fields. Rather stay near the city? Iowa’s largest cities, like Des Moines, Cedar Rapids and Davenport, are each unique centers for arts, culture and nightlife. View our available Iowa travel nursing jobs below.

Travel Nurse Across America is the travel nursing agency for you – in Iowa and across the country! We offer competitive travel nursing pay, excellent benefits and personal service to each of our nurses.

The ubiquitous corn fields and hog farms confirm that Iowa is primarily a farming state. It produces more than $9 billion in crops and livestock annually and ranks among the top states in the nation in total agricultural exports.

Although farming defines Iowa’s landscape, water gives the state its shape: Iowa is bounded by the Mississippi River on the east and the Missouri River on the west. 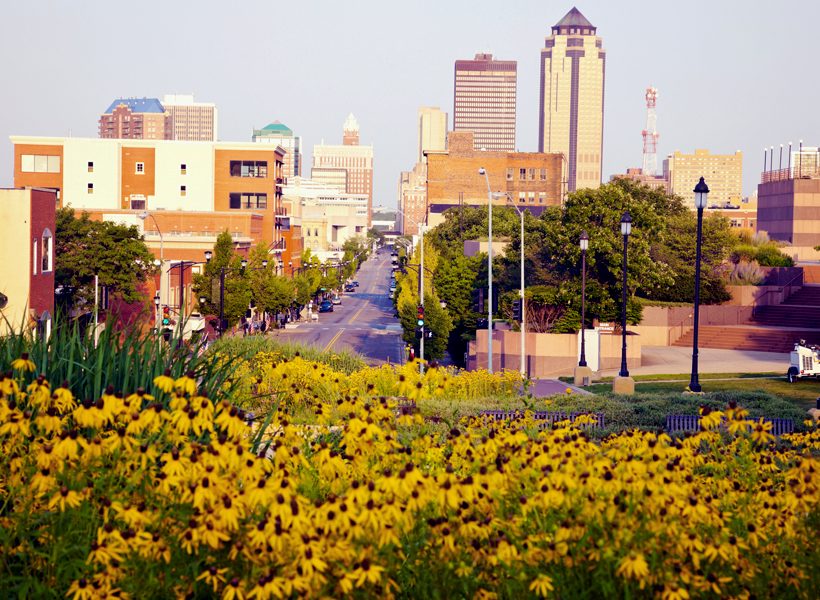 Cities along the Mississippi in particular have been influenced by 150 years of river commerce. In both Dubuque and Davenport, you’ll find river boat gambling, fine dining, and entertainment. The resorts at Lake Okoboji and Clear Lake offer relaxed summer fun; and the student population of Iowa City keeps the former state capital buzzing.

Settled by Dutch immigrants, both Pella and Orange City host tulip festivals in spring. Spillville and Cedar Rapids have a Czech heritage, and Decorah is the state’s unofficial Norwegian capital and home to Vesterheim, one of the largest ethnic museums in the United States. 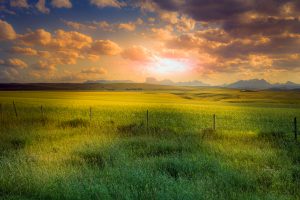 German Pietists founded the communally run Amana villages; today the seven towns of the Amana Colonies offer hospitality and good German-style beer. In the Amish community of Kalona, motorized vehicles are an occasional exception to the rule of horse-drawn buggies. Kimballton has a replica of Copenhagen Harbor’s Little Mermaid statue, and Elk Horn features a 60-foot (18-meter) windmill – signs of the Danish influence in both places.

The general uniformity of Iowa is broken in the northeastern corner, where tributaries of the Mississippi have cut their way to the great river. Bluffs up to 400 feet (122 meters) tall tower above the watercourses. In the far west, along the Missouri River near Sioux City, lies a region of canyons and ridges.

The gently rolling farmland in Iowa owes much to the Ice Age. As glaciers moved south across North America, they gouged out rock and ground it into sediments of varying sizes. When the ice melted, these pieces were deposited over the land as glacial drift.

In Iowa, the layer of drift averages approximately 200 feet (61 meters) thick. Over thousands of years, wind and weather have transformed the drift into rich and productive soil.

Less than 200 years ago, this same soil nurtured the wild grasses and spectacular flowers of the open prairie. Only isolated pockets of the original prairie remain, but federal projects are underway that may return more than 8,000 acres (3,238 hectares) to the native plants that once flourished.

Although such restoration won’t bring back the huge herds of bison that roamed the Iowa prairie, you can see a fair number of white-tailed deer along stream channels. The bird population is especially evident in spring, when migratory flocks fill the air.