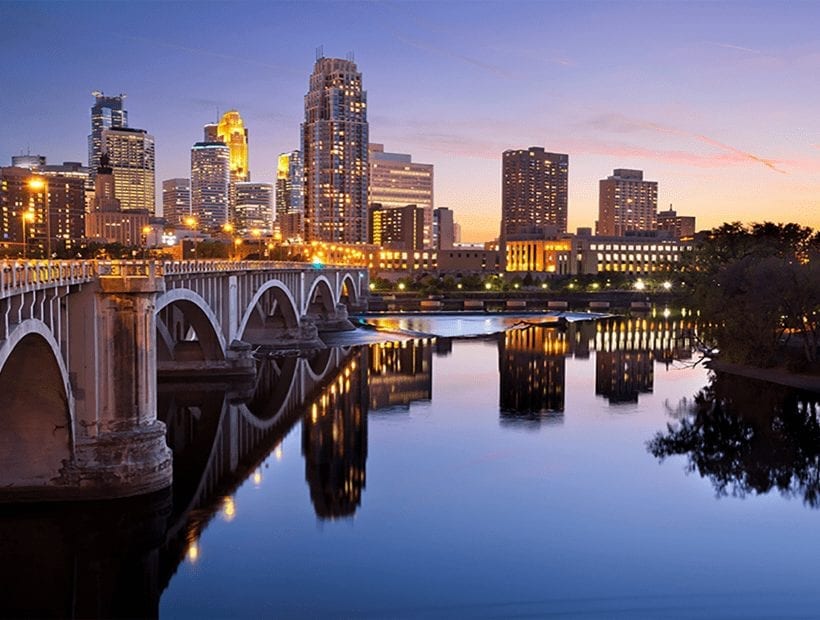 Our travel nursing jobs in Minnesota let you experience the quiet beauty of one of America’s friendliest states. Minneapolis, the state’s largest city, is a bustling center of activity in every season with arts and cultural attractions, plus great shopping and dining. Sports fan? Minnesota is home to several professional sports teams, including the Twins, Vikings and Timberwolves. Catch a game when they’re playing in Minneapolis. Outside the big city, Minnesota is full of opportunity for outdoor adventure. Explore its many state parks, scenic overlooks, lakes and rivers for fantastic photos. Check out our available Minnesota travel nursing jobs below.

Travel Nurse Across America is the travel nursing agency for you – in Minnesota and across the country! We offer competitive travel nursing pay, excellent benefits and personal service to each of our nurses.

Minnesota’s name derives from the Dakota Sioux description of the Minnesota River. A rough translation is “water reflecting cloudy skies.”

Some 16 million visitors come to the state annually for the 15,000-plus little lakes and one great big one. Innumerable rivers, including the headwaters of the Mississippi, wind through superb tracts of wilderness.

But the state’s superlatives extend far beyond beautiful landscapes. Minnesota consistently ranks high among the states for its strong economy, outstanding schools, high standard of living, and progressive government. And the state serves this charmed lifestyle with a healthy portion of genuine Mid western friendliness.

Neither Frostbite nor Sunburn

Thumbing their noses at the state’s notoriously long, frigid winters, Minnesotans delight in pitting themselves against the weather.

As temperatures plummet and snow piles up, a tradition of winter sporting competitions kicks in. Ice fishers huddle around hut-enclosed holes in the thick winter ice. Cross-country skiers, dog-sledders, and snowmobilers hit the racing trails when lakes and forests turn white.

Even in cities winter is celebrated with outdoor festivities: snow-sculpting contests, ice-castle building, parades, and plenty of smiles and hot cocoa. 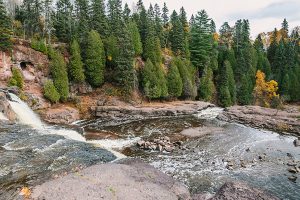 Extending westward from Lake Superior is a network of waterways so extensive that 18th-century fur traders were able to travel the country almost entirely by canoe. Today you can retrace their routes in places such as Boundary Waters Canoe Area, Voyageurs National Park, and Lake of the Woods. Most of the state’s wilder wildlife inhabit this region, including black bears, elk, and the largest pack of wolves in the contiguous United States.

As you head south, the forest becomes interspersed with farmland, but water is still plentiful. During the Ice Age, a glacier plowed huge piles of sand and gravel into moraines, which now form the hilly region of pine and oak forests that holds most of the state’s lakes.

Just northwest of the center of the state, you can visit the source of the Mississippi River, Lake Itasca. Only about 10 feet (3 meters) wide and a couple feet deep at this point, the Mississippi grows as it curves through the state’s interior to join the Minnesota and then the St. Croix rivers in the southeastern corner.