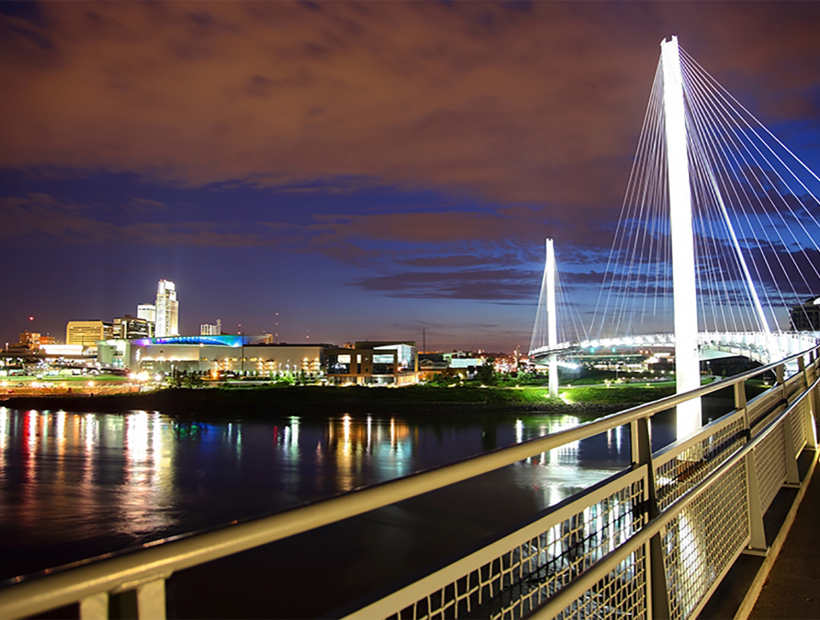 Travel nursing jobs in Nebraska let you experience the Cornhusker State like a local. Explore Nebraska’s varied landscape, including vast prairies in the east, majestic cliffs in the west, and sand dunes in between. You can learn about the Lewis and Clark Trail or explore a number of historical military forts. The state’s largest cities, like Omaha and Lincoln, are full of fun things to do, too, like sports, shopping, dining and nightlife. Hungry? Sink your teeth into a real Nebraska steak, a rite of passage for those passing through. See our Nebraska travel nursing jobs below.

Travel Nurse Across America is the travel nursing agency for you – in Nebraska and across the country! We offer competitive travel nursing pay, excellent benefits and personal service to each of our nurses

Sweeping across central Nebraska from west to east, the Platte River valley presents such an impressively flat landscape that it provided the state with its name. “Nebraska” derives from a Native American word meaning “flat water” or “broad water.”

On either side of the Platte valley, much of the rest of Nebraska consists of gently rolling plains. 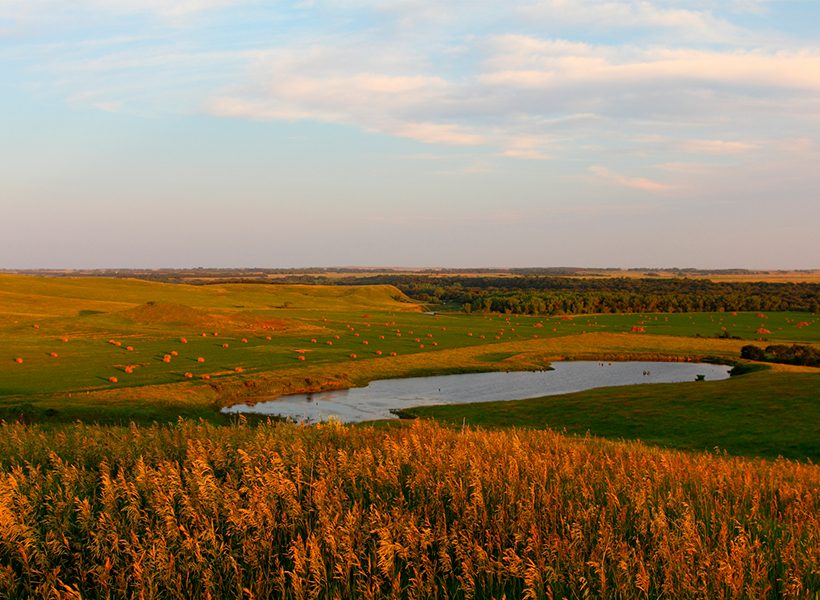 In the eastern third of the state, in an area known as the Dissected Till Plains, ancient glaciers laid down a blanket of rock and clay. Over thousands of years, the wind brought fine silt, or loess (pronounced LUSS), which settled on the blanket and further enriched the soil. Huge accumulations of this windblown sediment cover the Loess Plains in the central part of the state, south of the Platte River, as well. These loess-covered lands have excellent soil for growing wheat and corn. 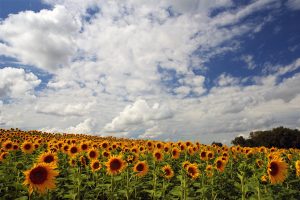 North of the Platte River, under a coat of verdant grasses, are ancient sand dunes known as the Sand Hills. This vast treeless region makes up nearly one-fourth of the state and provides prime range land for cattle.

Nebraska’s most idiosyncratic terrain is in the western panhandle, where erosion has carved the rolling hills in surprising ways. Unlikely spires, such as Chimney Rock in the far west, accompany the occasional butte or canyon. The greatest concentration of these is in the far northwestern corner of the state, in Nebraska’s badlands.

Nursys: Yes
Livescan Fingerprinting: Yes if in NE. If not, must complete fingerprint cards
Renewal Requirements: One of the following (waived if licensed within the past 2 years):
500 practice hours within the past 5 years AND 20 contact hours of board-approved CE within the past 2 years
Graduated between 2 and 5 years ago, and completed at least 20 contact hours of board-approved CE
Board-approved refresher course within the past 5 years
Current or new certification in nursing specialty
Portfolio demonstrating current continuing competency goals and evidence of professional activity to meet those goals
Renewal Date: On October 31st of odd-numbered year – On October 31st of even-numbered year
Website: http://www.hhs.state.ne.us/crl/nursing/Rn-Lpn/rn-lpn.htm
Telephone Number: 402.471.2133