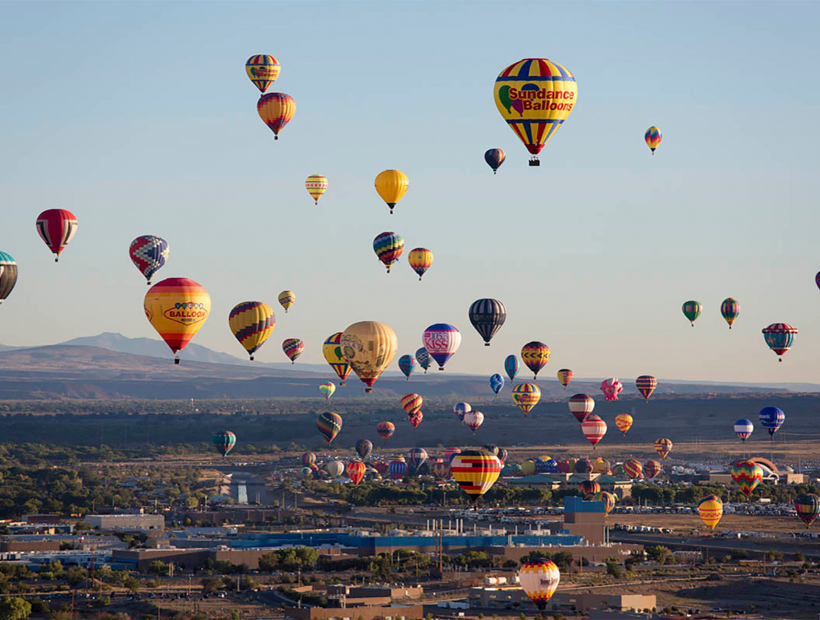 Our travel nursing jobs in New Mexico will show you all the astounding beauty this area has to offer. The Land of Enchantment will sweep you off your feet with red, rocky landscapes that have inspired the work of famous artists like Georgia O’Keeffe. New Mexico’s most recognized cities, Albuquerque and Santa Fe, delight visitors with unique adobe architecture, many historic sites, and prime shopping and dining. Taos, NM, offers premier skiing resorts, plus there’s world-class mountain biking and rafting across the state. View our available New Mexico travel nursing jobs below.

Travel Nurse Across America is the travel nursing agency for you – in New Mexico and across the country! We offer competitive travel nursing pay, excellent benefits and personal service to each of our nurses.

New Mexico claims a remarkably diverse landscape, embracing sections of the Rocky Mountains, the Great Plains, and the Colorado Plateau. The state is home to a great mosaic of plants and animals – from the mesquite, creosote, horned toads, and rattlesnakes of the desert to the aspen, spruce, bighorn sheep, and elk of the mountains.

In New Mexico, people of Native American, Spanish, and Anglo descent come together to create an intricate and unique population. New Mexico’s people trace their lineage to important ancestors: from the Anasazi to 16th-century Spanish explorers, from Latinos to the area’s first miners and railroaders. 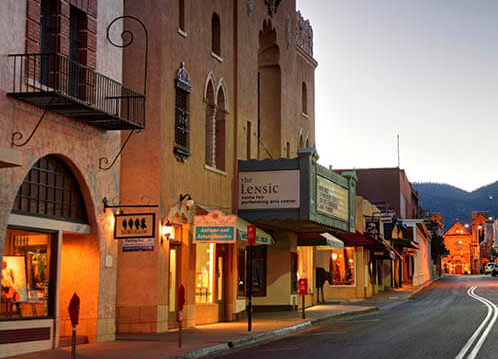 A Tradition of Talent

New Mexico has a centuries-old heritage of extraordinary art work. Santa Fe and Taos are both artists’ colonies, and in some smaller towns, such as Chimay – , artists produce weavings, jewelry, woodcarvings, and other crafts that draw collectors from around the globe.

In Santa Fe, you can visit galleries where world-class artists display their pictures and sculptures, or arrange tours to studios to watch artists at work.

Most towns in the state have an annual art fair where beautiful Southwestern art is displayed and sold, and most pueblos have gift shops that sell pottery, jewelry, rugs, kachinas, and sand paintings by Native American artists.

Magic of Mountains and Mesas

Much of the magic in this Land of Enchantment arises from the spectacular contrasts that occur within the state’s 10,000-foot (3,048-meter) elevation span. 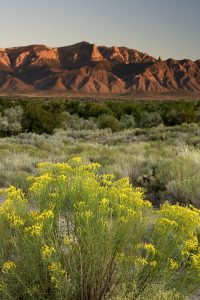 The eastern edge of New Mexico is part of the Great Plains, the grasslands that spread across the center of the continent and meet their western boundary at the Rocky Mountains.

Into the north-central part of New Mexico, the San Juan and Sangre de Cristo ranges of the Rockies extend from Colorado on the north. Mountain meadows full of wild flowers from late spring through fall stretch between stands of pine and oak. Black bears, elk, and mountain lions inhabit this region.

West of the mountains is the New Mexico portion of the Colorado Plateau, which extends also into Colorado, Arizona, and Utah. This is a land of soft red-rock cliffs, deep canyons, mesas, and badlands carved by desert winds.

South of the Colorado Plateau, on the way to the northern Chihuahua and Sonoran deserts, is a region of caverns and ice caves. Rain is scant, and black-tailed prairie dogs yip warnings as coyotes pad through the sparse vegetation looking for dinner.