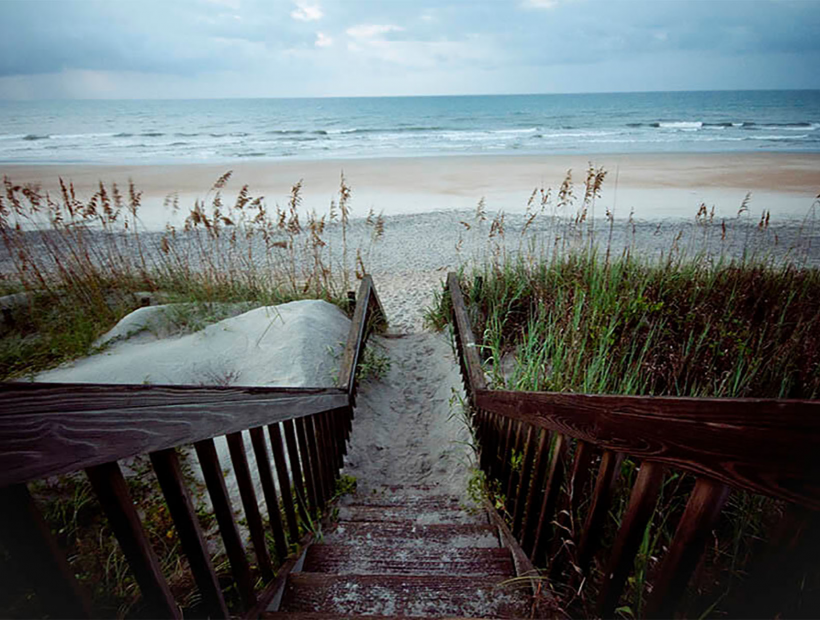 Our nurses love travel nursing jobs in North Carolina! Known for friendly people and award-winning barbeque, North Carolina is full of rich history alongside modern, urban hubs like Charlotte and Raleigh-Durham. Stunning in every season, check out the Great Smoky, Blue Ridge and Appalachian Mountains for hiking, biking and other outdoor activities. For less-strenuous views, cruise coastal Route 12 or the winding Blue Ridge Parkway – attractions in themselves. Check out our available North Carolina travel nursing jobs below.

Travel Nurse Across America is the travel nursing agency for you – in North Carolina and across the country! We offer competitive travel nursing pay, excellent benefits and personal service to each of our nurses.

From the tallest mountains east of the Rockies to the longest stretches of seashore on the East Coast, North Carolina’s diverse natural wonders are sure to inspire visitors. 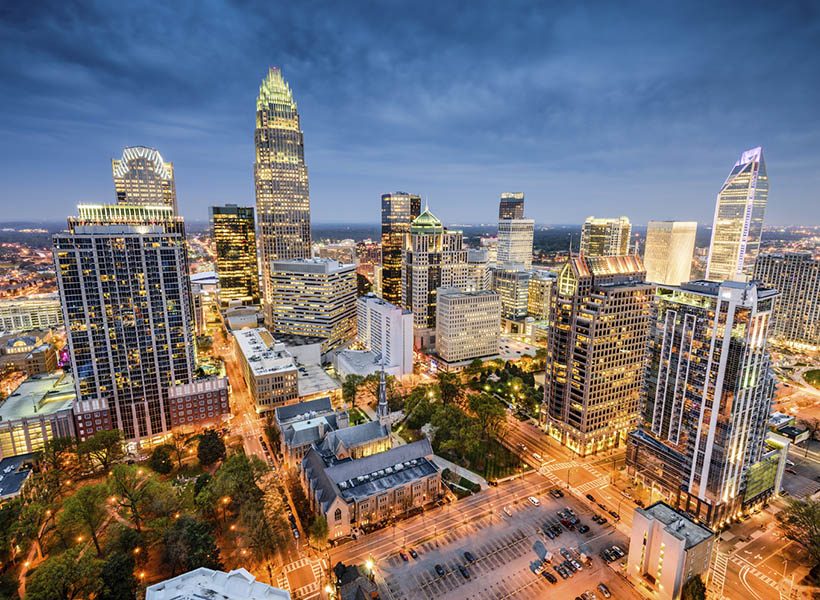 Between the coast and the mountains lies North Carolina’s prosperous and populous Piedmont region. This area offers fine dining and a wide array of cultural and historical attractions.

The majestic Appalachian Mountains provide seclusion and recreation in the west, where hundreds of small towns nestle amid peaks, waterfalls, and whitewater rivers. The Eastern Cherokee Indian Reservation is located just east of the Tennessee border.

What hamburgers and pizza are to the rest of the country, barbecue is to North Carolina.

But don’t expect chicken and ribs slathered in a tomato-based sauce. Instead, you’ll get shredded or sliced boneless pork that has been roasted for hours, served with various kinds of vinegar or pepper sauces. A barbecue sandwich (called simply “a barbecue”) consists of chopped pork and coleslaw on a hamburger bun. If you have a heartier appetite, order a barbecue plate, and your mound of pork will arrive accompanied by hush 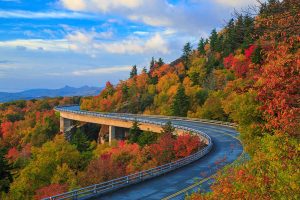 Another favorite is Brunswick stew – chicken, lima beans, corn, a little salt pork, and sometimes potatoes and squirrel meat, in a tomato base.

North Carolina stretches from east to west in intriguing steps that rise in elevation until they end at the Blue Ridge.

Along the Atlantic, the low-lying barrier islands come to a point at Cape Hatteras to protect the marshy waters of Pamlico Sound, where brown pelicans nest among the dunes. Westward from the sea, the Atlantic Coastal Plain reaches nearly halfway across the state to the fall line. This sudden rise in elevation marks the beginning of the large landform known as the Piedmont Plateau.

Across the Piedmont, forests of pine and oak skirt urban centers and tobacco fields. The region’s lakes and rivers welcome migrating waterfowl and encourage pockets of moisture-loving vegetation such as mushrooms and insectivorous pitcher plants.

As the western edge of the Piedmont region nears the Blue Ridge Mountains, huge monadnocks – abrupt hills of granite and quartzite – loom above the wooded hills.

The western fifth of the state is given entirely to mountains, with many of the ancient, rounded crests exceeding 6,000 feet (1,829 meters).

This is rugged forest land. A hiker can start in a grove of oak and hickory, trek up through birch, beech, and maple, and eventually reach spruce and fir forests at the highest elevations. In the under story – and in the unforested places in the higher elevations called balds – blossoms of orange azalea, purple rhododendron, and pink mountain laurel brighten the slopes from May through June.

Temporary License Time-Frame: 1-2 weeks 2-3 weeks
Permanent License Time-Frame: 6-8 weeks 4-6 weeks
Compact (eNLC): Yes
Walk-Through: No
Cost: $150 + $38 background fee
Application Requirements:
Name, location and year of graduation of your basic school of nursing
State, year and license number of original license by examination
State of current license and license number
Dates of employment and position(s) held for last two (2) nursing employers
All U.S. Member Boards in which you have EVER been licensed with License Number and dates License held.
Social Security number issued by U.S. Social Security Administration
Verification from original state of license and, if different, last state practiced
Criminal Background Check conducted by the North Carolina Board of Nursing
Nursys: Yes
Livescan Fingerprinting: Yes if in NC. If not, must complete fingerprint cards sent by BON.
Renewal Requirements: Must adhere to the following: