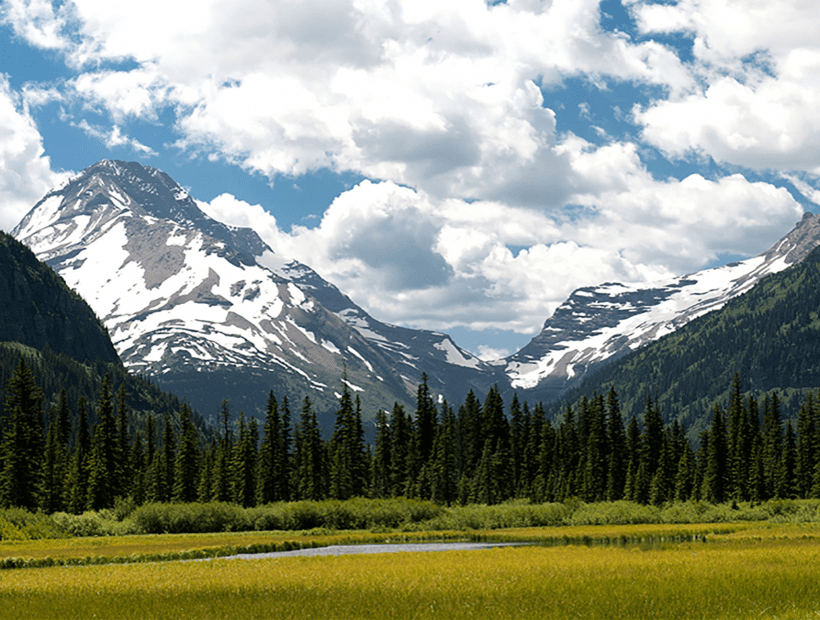 Our travel nursing jobs in North Dakota will show you America’s unspoiled beauty. See the same land that the Corps of Discovery navigated along the Lewis and Clark Trail, much of it unchanged since the early 1800s. Learn about the area’s rich Native American history and discover important traditions. Get outside at Theodore Roosevelt National Park, where you can see bison and wild horses running free, as well as North Dakota’s rugged Badlands, sometimes referred to as the “Little Grand Canyon.” Check out our available North Dakota travel nursing jobs below.

Travel Nurse Across America is the travel nursing agency for you – in North Dakota and across the country! We offer competitive travel nursing pay, excellent benefits and personal service to each of our nurses.

Where the Map Folds

To those looking for a relaxed family vacation or a classic road trip, North Dakota offers a series of varied landscapes and destinations.

In the north, the great woods of Canada reach down into the Turtle Mountains and the Pembina River valley, both rich with Métis and Native American history. Toward Montana, the badlands announce the beginning of the West. Pothole lakes and marshes stretch across the state, providing food and shelter to millions of birds migrating along the central fly way. 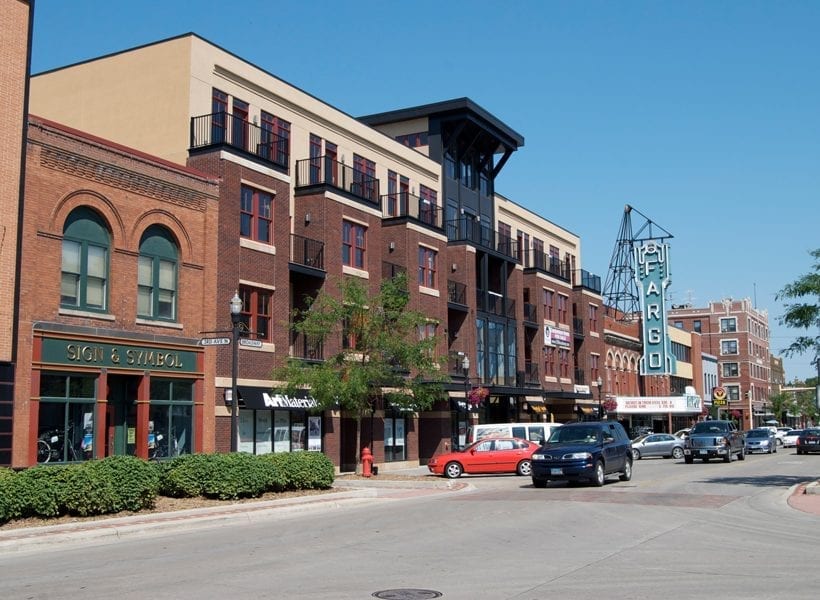 Native American culture and pioneer history run deep in the state – Lewis and Clark, Sacagawea, Custer, and Louis Riel all passed this way. North Dakota is one of the most rural of the 50 states, with farms and ranches covering nearly all the territory. Most people still live in small towns.

This is a place where landscapes and cultures shift. As John Steinbeck noted in Travels with Charley, “If you will take a map of the United States and fold it in the middle … right in the crease will be Fargo. … That may not be a very scientific method for finding the east-west middle of a country, but it will do.”

North Dakota is a leading producer of high quality wheat. The state’s red spring wheat is the best wheat for bread flour. 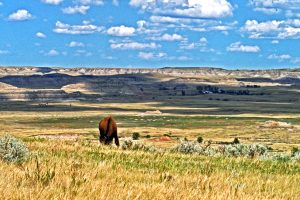 The varieties that set today’s standards had their beginnings on the Russian steppes. These were the types discovered and adapted by German settlers who farmed the Ukraine and Crimea in the 1700s. When these farmers emigrated to the Dakotas, they brought wheat to seed their new fields – wheat that proved much more hardy and disease-resistant than other varieties of wheat in the United States at the time.

Another variety that does well in North Dakota is durum, used to make pasta. North Dakota grows 85 percent of the nation’s durum wheat, and a number of cooperatively owned pasta factories have been established in the state in recent years. This prairie state feeds America’s appetite for Italian cuisine.

A Landscape in Three Steps

Three huge steps define the landscape of North Dakota. Starting at the state’s eastern boundary at the Red River of the North, the first step is the Red River Valley – also the bed of an ancient lake known as Lake Agassiz. The sediment that settled below the still waters of that long-gone lake now forms some of North Dakota’s best farmland.

Heading west, you step up to the Drift Prairie, an area composed of glacial drift – sediment left behind when glaciers melt. This, too, is good farmland.

The last and western most step rises to the Missouri Plateau, a weathered landscape of spectacular buttes, colorful cliffs banded in dusty hues, and deep river valleys.

This is the home of the antelope-like pronghorn, one of the fastest animals in the world. In the southwest are the badlands, a heavily eroded region that is a popular tourist destination. Fantastic rock formations shaded by occasional small groves of red cedar overlook “towns” of prairie dogs, sometimes made up of thousands of individuals.