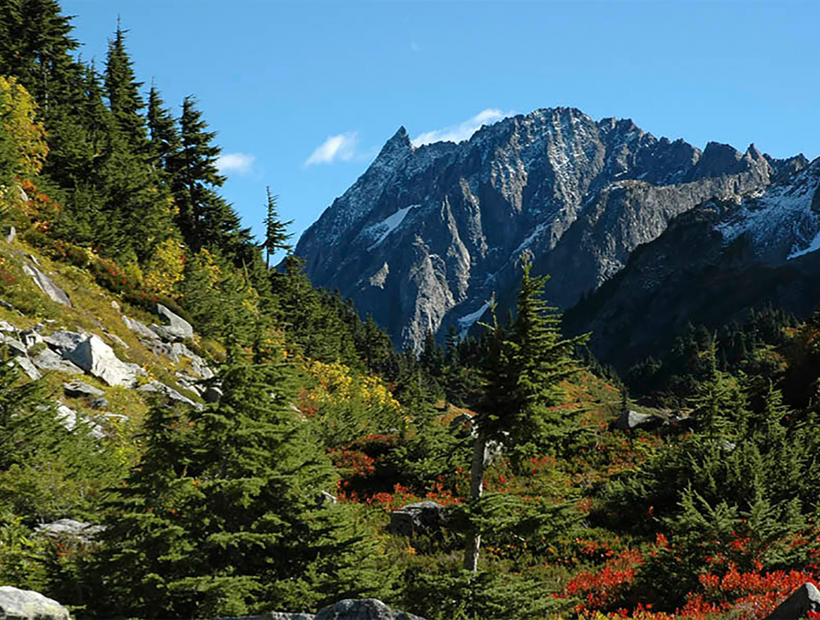 Warm, welcoming people, fun cities and breathtaking natural attractions are just a few of the reasons travel nursing jobs in Oregon are so popular. In Portland, Eugene and Ashland, OR, food, craft beer and local wine are sure to delight. But don’t forget to take advantage of the sales tax-free shopping for a few splurges. From Oregon’s favorite cities you can easily reach the coast or the mountains in an hour or two. Cruise Highway 101, one of the most scenic in the country, stopping off at quaint beach towns, or hike the Cascade Mountains, with volcanic peaks still covered in snow during summer. Check out our Oregon travel nursing jobs below.

Travel Nurse Across America is the travel nursing agency for you – in Oregon and across the country! We offer competitive travel nursing pay, excellent benefits and personal service to each of our nurses.

Mossy forests on the coast, arid plains in the east, the bustling urban center of Portland, and the rugged isolation of the high Cascades – all are part of the sublime composition that is Oregon.

The state’s landscape offers a wealth of activities: skiing the slopes at Mount Bachelor, whitewater rafting down the mighty Rogue River, following the historic footsteps of Lewis and Clark, or shopping tax-free at the Saturday markets in Portland and Eugene. 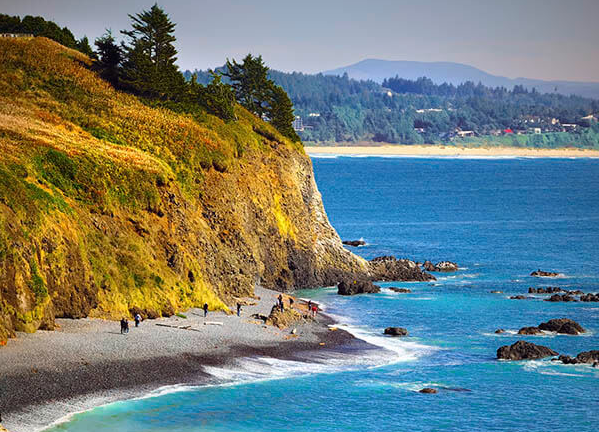 In Oregon, civilization has meshed well with the environment. Recycling and mass transit maintain a beneficent quality of life in the largest cities, and vast tracts of preserved land attest to Oregonians’ appreciation of their gem-like coast and snowcapped mountain ranges.

Native American peoples thrived for thousands of years in the region of present-day Oregon. Groups west of the Cascades enjoyed abundant salmon, shellfish, berries, and game. A mild climate with plentiful food and resources allowed these people the leisure time to develop a complex culture. 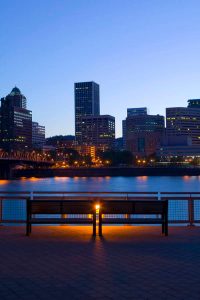 On the dry east side of the Cascades, indigenous groups led a seminomadic existence, following the game and avoiding the extremes of winter and summer in their region.

Twelve separate indigenous nations populated Oregon, further divided into 80 tribes. Across the region, many people were united in their worship of Spilyai, the coyote demigod and the subject of folk tales that explain the origins of the land in ways that are both entertaining and insightful.

In Oregon there are now nine federally recognized tribes and five reservations: Warm Springs, Umatilla, Burns Paiute, Siletz, and Grand Ronde. At Warm Springs near Bend, you can see the traditional practice of dip-net fishing on the Deschutes River, as well as one of the richest collections of tribal artifacts in the country.

Coast, Cascades, and Chaparral On Oregon’s coast, tide pools teem with creatures in pink, green, and black; frothing waves crash against huge bluffs of stone; tremendous dunes of shifting sands rise and fall; and a fantastic array of plants and animals exist on or near the coast.

To the east, the towering peaks of the Cascades bisect the state from the Columbia River Gorge on the Washington border all the way south to California. The wet western slopes of the Cascades are flanked with forests of Douglas fir, and the drier east side is more lightly sprinkled with ponderosa and lodge pole pine. Bobcats, chipmunks, black bears, and snowshoe hares inhabit both sides of this range.

East of the Cascades is a land of high desert, where the geology reveals itself through a thin cover of sagebrush, topped in high places with pine.