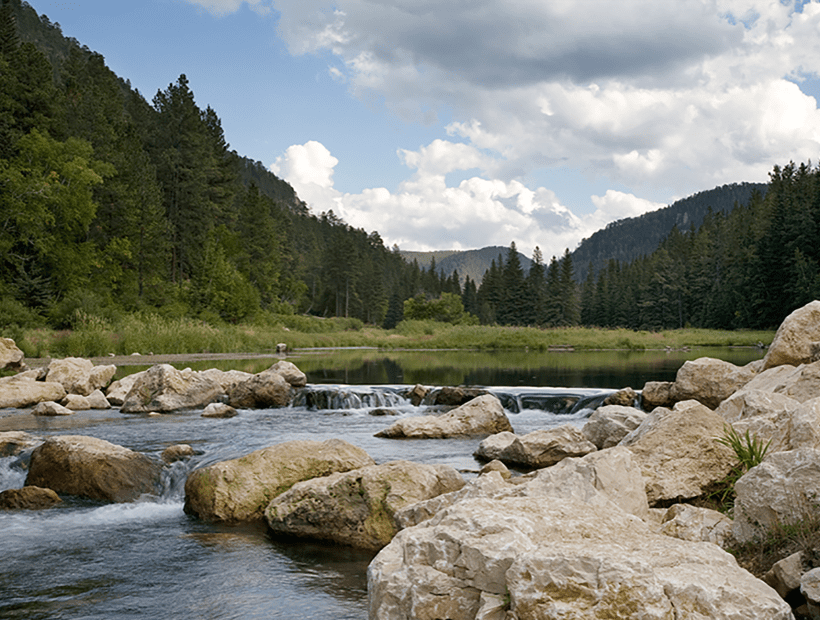 Our travel nursing jobs in South Dakota will show you the modern day Wild West. Here, vibrant cities meet the rugged frontier under abundant sky, and opportunity for adventure is everywhere. No trip to South Dakota is complete without a visit to the larger-than-life Mount Rushmore. The national memorial is located in the southwestern corner of the state not far from Rapid City. Other important sites that can’t be missed include Badlands National Park and Black Hills National Forest, where you can hike terrain that seems almost other worldly. Check out our available South Dakota travel nursing jobs below.

Travel Nurse Across America is the travel nursing agency for you – in South Dakota and across the country! We offer competitive travel nursing pay, excellent benefits and personal service to each of our nurses.

Between Sioux Falls and Rapid City, you’ll drive 341 miles. But more than physical distance divides these ends of the state.

The eastern third of South Dakota has more in common with the farming heartland of Iowa or Indiana than with the Black Hills or the Badlands in the western part of the state – where the mining and cattle-ranching regions of the old West find their eastern limits. Both parts of the state rely on agriculture. This is a rural state, with few towns that are more than regional farm or ranch trading centers. 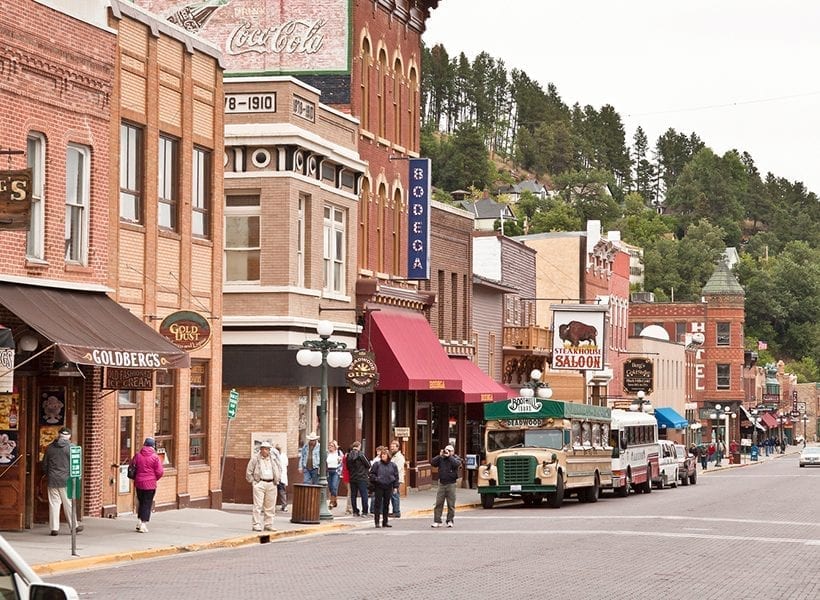 Although Badlands National Park, Mount Rushmore, and the Black Hills are the most famous destinations in the state, they can also be very crowded. A quieter and more authentic South Dakota can be seen on the secondary roads that cross the prairies, leading to the state parks, wildlife refuges, community museums, and recreation areas that dot the state.

Although the Sioux creation myth places the group’s beginnings in the Black Hills, it’s more likely that the Sioux lived first in the woodlands of the northern Mississippi Valley and the Great Lakes. They moved onto the prairies in the first half of the 18th century. At their peak, the Sioux controlled a vast prairie empire of millions of acres, centered in modern South Dakota.

As white settlers moved in, a series of confrontations with the new arrivals and the United States Army weakened Sioux resistance to the reservation system. Today the Sioux people live on reservations in South Dakota, North Dakota, and Montana, as well as in a few other nonreservation Sioux communities. 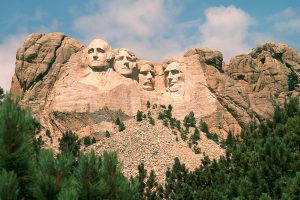 If you drive across South Dakota, you can’t help but cross the Missouri River, either where it flows freely or where it pools behind one of the reservoirs created by numerous dams along its length.

To the east of the Missouri lie rolling prairies dotted with lakes and ponds that are bathed in sunshine for a surprising number of days each year. Coyotes, jackrabbits, and prairie dogs make their homes among the grasses and wild flowers of the plains.

West of the Missouri, the terrain is rougher. Tributaries carve deep valleys into soft sedimentary rock and carry away phenomenal loads of sediment to empty into the Missouri.

In the southwest are South Dakota’s Badlands. Eons of wind, rain, and bitter winter cold have shaped an almost alien landscape too hostile for any but the most tenacious plants. But this desolate place attracts visitors again and again to witness the humbling forces of nature and time.

Travel north from the Badlands into the Black Hills, and you’ll be rejuvenated by some of South Dakota’s most beautiful scenery. Don’t be fooled by the area’s name: black refers to deep green stands of ponderosa pine that contrast sharply with the lightness of the surrounding prairie. Keep your eyes open for red squirrels and elk.

Temporary License Time-Frame: 2 weeks
Permanent License Time-Frame: 3-5 weeks
Compact (eNLC): Yes
Walk-Through: Yes
Cost: $25 (temporary license), $100 (permanent license), $43.25 background check fee
Application Requirements: N/A
Complete online application and submit $100 payment (by clicking “continue” at the bottom of page)
Have official transcripts sent to SD Board of Nursing office
Complete a criminal background check and submit fee payment
Send verification of original state of licensure to the SD Board of Nursing office
Employment verification – the number of hours you worked in the nursing profession (at least 140 hours in any 12-month period, or an accumulated total of at least 480 hours within the preceding 6 years)
Nursys: Yes
Livescan Fingerprinting: Yes
Renewal Requirements: One of the following: